The FIRST LEGO League (FLL) team, Aztechs, earned top honors at the FLL Iowa State Championship on January 19 by securing the first place Champions Award. The Champion’s Award recognizes teams that embody the FLL experience while fully embracing the Core Values in both the Robot Game and Project. The team is comprised of seven students from Timberline, Waukee Middle, and South Middle School and one student from Cowles Montessori.

The FLL Iowa State Championship was held at Iowa State University and featured 60 top teams from Iowa that advanced from various regional competitions held earlier in the year. Prior to their showing at the State competition, Aztechs also won the Championship Award at the Johnston Regionals held on Dec 15, 2019.

This award has further nominated Aztechs to be one of the two FLL teams to represent Iowa in the FLL World Championship to be held in Detroit in April 2020. With this honor, Aztechs will get a chance to compete against the top 108 teams of 34,000 FLL teams that took part worldwide in the CityShaper challenge this year.

For the Innovation part of the competition, Aztechs used their creativity to find solutions that would prepare Iowa for the challenges of Autonomous Vehicles through their “Smart Roads for Smart Cities” project. In addition to the championship award, Aztechs’ Innovation project was also chosen as one of the two nominees from Iowa to be considered at the International Global Innovation Award.

FLL is a global robotics competition that helps students and teachers build a better future together. The program is built around theme-based Challenges to engage children ages 9 to 16 in research, problem-solving, coding, and engineering.

The Aztechs see the advancement to these competitions as opportunities to further their research. 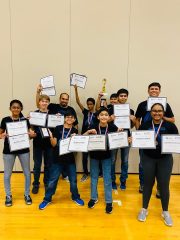 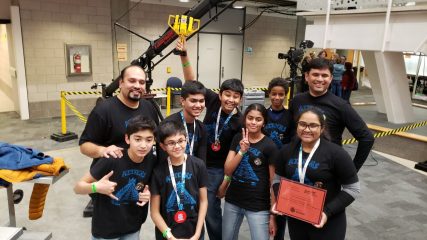